Girls With Birds in Their Hair album covers 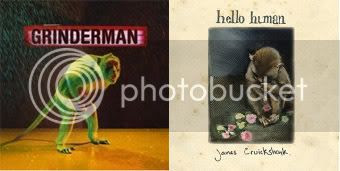 The reason I haven't done a roundup of animal or bird album covers for a while is that, in the last few years, this concept has exploded to an uncontainable extent. I considered trying to pick favourites - still extremely difficult - or grouping them in categories, ie: "Horses," "Monkeys" or even "Jellyfish." Still basically impossible though! And no, I don't think they're doing it so I'll blog about it here :). 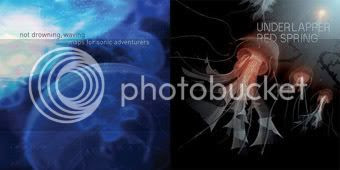 With everyone from Nick Cave (Grinderman) to Mercury Rev to Enya featuring animals on their covers there is seemingly no restriction on genre either, though it's interesting to note where the zeigeist spontaneously occurs simultaneously.

The oddest subgenre of these (as previously noted in another post) is the Girls with Birds in Their Hair theme, evidently still a widespread hairdressing problem, with these being only three of the more aesthetically pleasing examples from the current crop. All fine albums from accomplished artists by the way, so you could do worse than collect on this basis :).


And yes, I owe lots of emails, sorry about that...