Sea to City live in Kickstarter until 12th October

The Kickstarter for my first album Sea to City is live until 12th October only.

As well as the CD and download, there are bonuses including magnets, original art cards, and high quality giclée prints of the cover artwork. 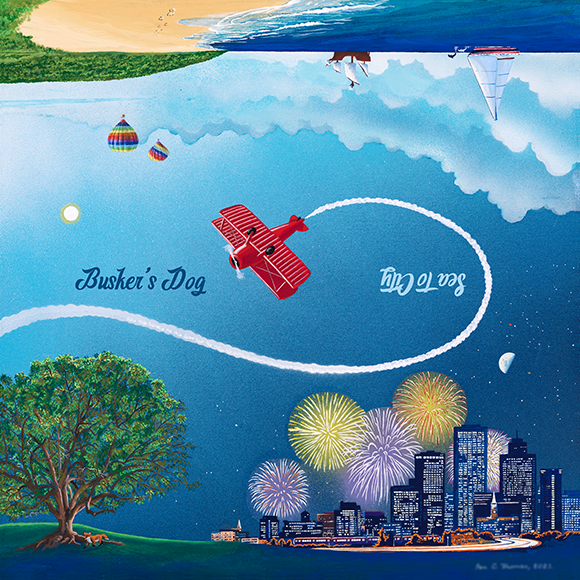 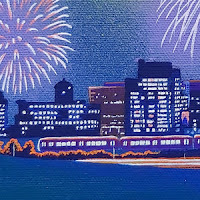 My musical Project name is Busker's Dog, just so you know ☺

Almost all the tracks for the album are mixed, so next there's mastering, artwork layout, possibly some videos to make...

I'm fortunate to have worked with many fine singers and musicians.

The plan is for CD and digital release.  It's a little long for vinyl, but you never know. 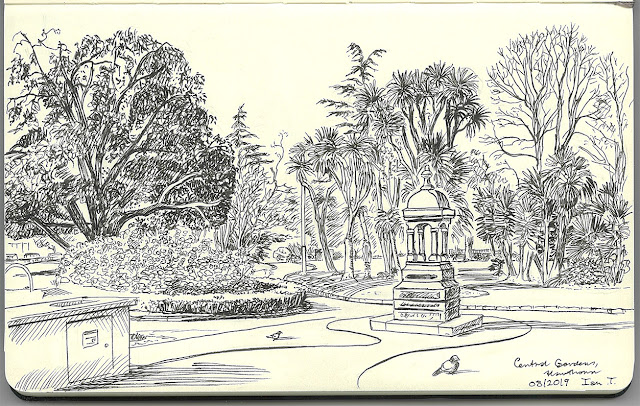 It's all about the textures, light and shadow. Transcribing it all with pure black and white lines brings home the process, but does feel limited. However, the result at this small scale almost seems like etching, and there's a certain timelessness to that look, I think.

I can't tell if these things are ever finished, but it is what it is. 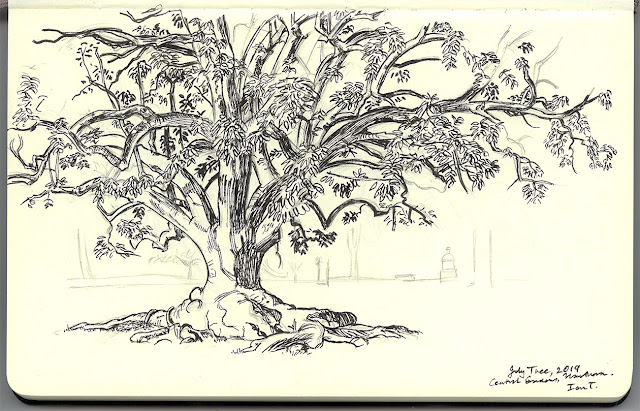 Sketchbook July tree, over a few morning tea breaks. There's something pleasantly meditative about following the branches out and transcribing them.

Trees change over the days in subtle ways that are easy to miss, and people come and go. A father whose daughter commented on me said, "I used to draw before I had you," but then went on to talk about art in a nice way to her. I had a few conversations with other people who randomly sat with me.

Every day is new. 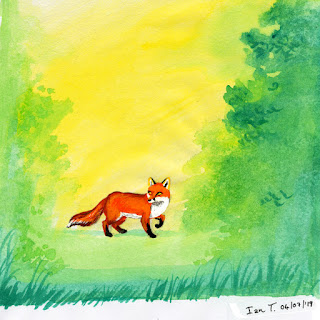 It's been a long time since I've done a picture for Illustration Friday, but the chance to portray my Totem Animal wasn't to be passed up.

This is quick, basic watercolour and acrylic gouache in a sketchbook, so the paper has wrinkled. I'm not sure what I think, but here is "Fox" - hero, villain, beautiful stranger, feral menace, hunter and hunted, creature of the night.

I'm sorry to find that my Blog looks pretty much ruined, due to Photobucket's sudden decision to cease remote linking to images - unless you pay an annual fee of USD$399.  If it had been a reasonable monthly fee I would have considered it, but that's untenable for most of us.

Save the 5 cent coin

Inflation affects everyone. This might not have much currency outside Australia. 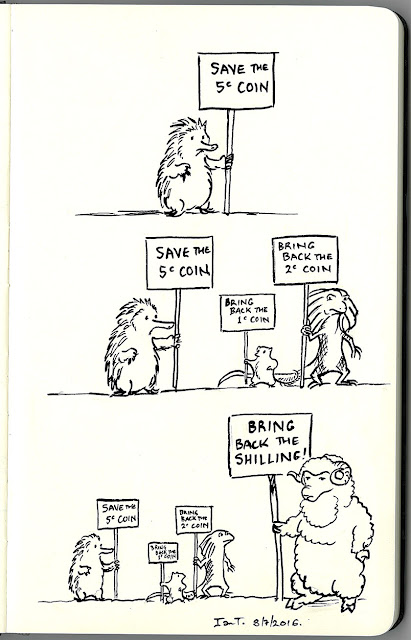