Mickey the Tiguar has proved to be an elusive beast, even though there is some certainty this cute tiger x jaguar hybrid does actually exist - please see Dr. Karl Shuker's current Blogpost The Wonderful Thing about Tiguars. 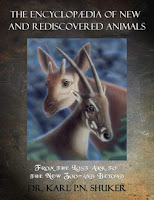 And while I'm on the subject of new animals, I'm sorry I haven't kept up my roundup of new discoveries as in the past, though I am still keeping track of them. My posts would be redundant soon anyway, as Dr. Karl's essential new book The Encyclopaedia of New and Rediscovered Animals is due shortly...

Lately, I'm feeling heartened about what School can actually be, and mean. With J. having just completed VCE at Melbourne Rudolf Steiner School there have been some recent events held commemorating the journey. It's definitely made me appreciate the Steiner ethos more deeply - this being an environment that nurtures young people towards who they want to be.

It's no secret that in the past I've been fairly uncommitted to the "we'll teach you" and "conform to the norm" approach of traditional schooling. We started off homeschooling and I certainly still see the merits of that approach for showing the world as an integrated, living environment, rather than a set of isolated, discrete disciplines. However, the Steiner schools - Ghilgai and MRSS - have done this better than we could ever have hoped to.

This VCE year at MRSS has been inspiring, both the Class and the teachers. Signs of the creative outpourings of the year are clearly evidenced in such wonders as the captivating music of Triple J Unearthed High winners Snakadaktal and Kevyn Stott's fine comic Space Duck, but I expect the world will be positively influenced in many areas, and for many years, by these remarkable young people.