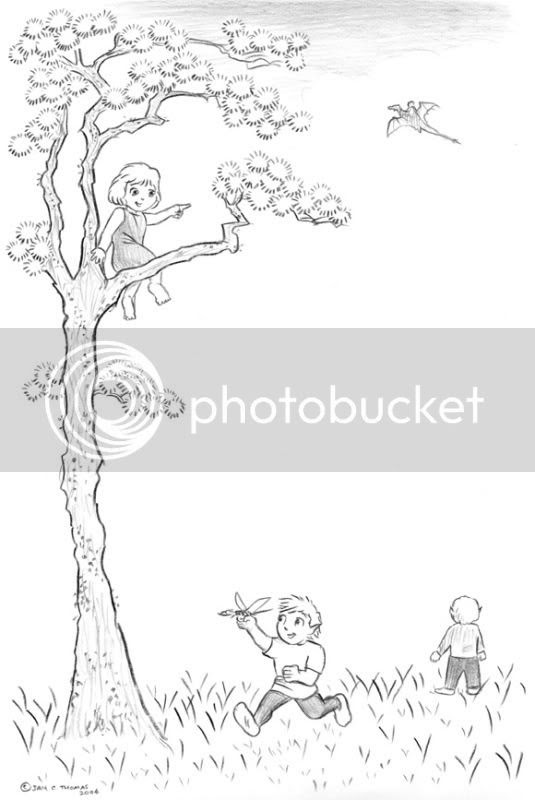 When I thought about this week's Illustration Friday topic I remembered this picture. This is from a while ago - it was a sketch I did to accompany part two of "Children of the Moon," a fantasy story about elves and dragons that I did for Australian manga comic Xuan Xuan.

These elf children were minor characters that only appeared in one scene, but often when I'm working it's nice to do sketches of the other parts of characters' lives, just for fun, and also to extend the underlying feel of the world I'm trying to evoke. I'm not sure about this picture now - the figures look a bit awkward - but I think it still tells its story okay.