Hall and Oates - that good bit! 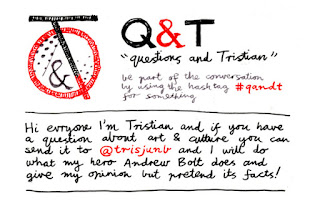 I, uh, appear to have made a guest appearance in Tristian Blumenstein's article at Crikey's Daily Review... about Hall and Oates, no less. Thank you Tristian (and your older brother David) - you guys make me want to regrow a mullet!

The Walkies of Progress 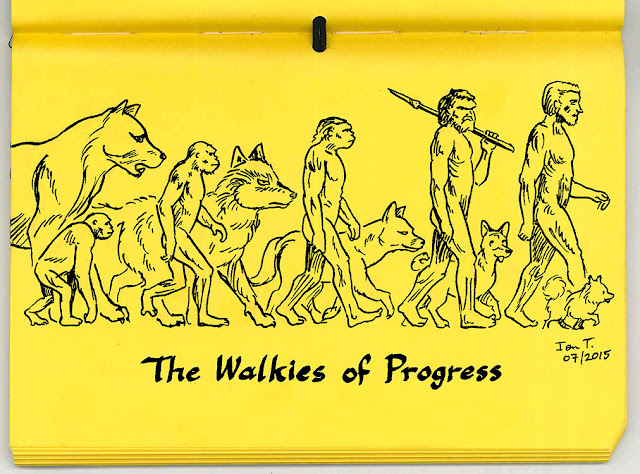 This spin on Zallinger's "March of Progress" has been on my mind and it took a few breaks to sketch out. The beasts are pretty much a bear-dog (amphicyon), a dire wolf, a dingo, a basenji, and a pomeranian. I still have doubts about publicly posting this Sketchbook stuff, but I'm being selective. This one gets its concept across okay, I think. 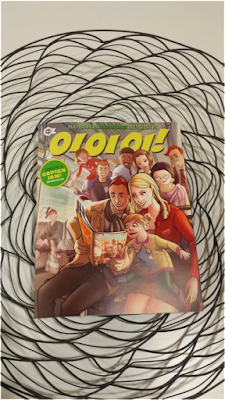 This is apparently a special issue and won't be distributed through newsagents, but is available as part of a four issue subscription from the ComicOz Store.

However, if you can make it to the Childers Festival this weekend, you can pick up a copy for $5.00 (Childers is a Queensland town 40 SW of Bundaberg, 2.5 hours North of Noosa and 3.5 hours North of Brisbane).

The issue consists of  stories by Alisha Jade, David Piper and myself, with cover art by Chiara Arena (with help from Ryan McDonald-Smith).

My piece... well, more on that later, but if you like Australian Heidelberg School art, or Frederick McCubbin in particular, you may well enjoy this. 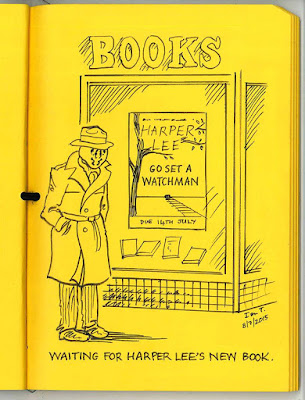 Like so many, I have some grave misgivings about the whole new Harper Lee novel happening.

Worst case, it could potentially damage the enduring legacy of some of the finest characters in American literature, and the reputation of the author herself (also because of the publishing of this work in its unedited state).

Still, this kind of publishing of uncovered "lost" material has become standard practice posthumously, so I guess there really isn't a reason it shouldn't happen while the author is still alive.

Given the towering significance of To Kill a Mockingbird, and the enduring respect it commands, I really hope for the best.  The original editor was certainly right to request a novel dealing purely with Scout's childhood.  Worst case, I guess it will be forgotten in a few years, and become a footnote to that masterpiece.  We'll soon know...