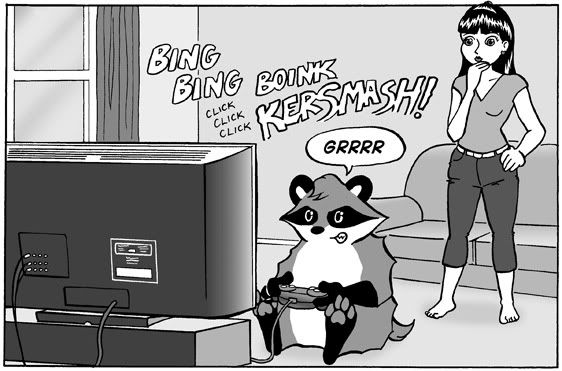 Sticking to its regular bi-monthly schedule Fist Full of Comics #3 has been released. It's great to have an ongoing small press Australian anthology going at the moment, as the scene is pretty quiet of late. 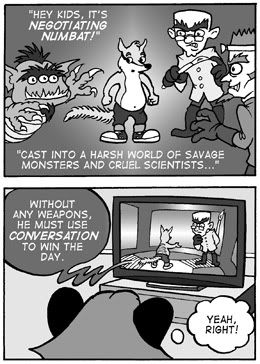 I've been varying my contributions to this comic zine. Moth and Tanuki were begging for an outing, so here they are, back in glorious black and white in a 4 page story, "Comfortably Numbat," that I think is one of my better efforts. There are lots of Moth & Tanuki scripts waiting in the wings, so maybe I'll do this again, I'm not sure.

This time I've gone for total computer greytones, rather than using dotty screentones as I did in their OzTAKU appearances.This particular story has been completed in colour as well, just in case I ever do an anthology of all the short colour pieces that appeared in Mania

Although it's a satirical piece I reckon these characters could almost spin off into their own series :).