It has been reported that logging of over 33,600 ha of rainforest in a national park buffer zone in central Sumatra has been approved by the Indonesian Government. See Bukit Tigapulah National Park buffer zone threatened. This globally important ecosystem provides a safe haven for many species which are threatened by extinction or are extremely rare - including the critically endangered Sumatran orang-utan, tiger, elephant, sun bear and tapir. 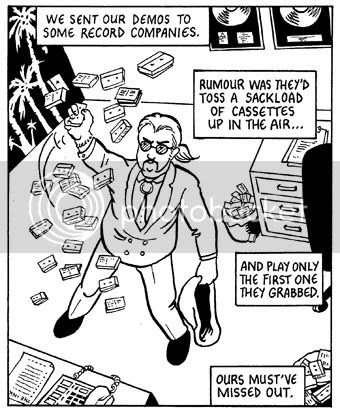 Who'd have thought? Cassettes seem to me to be the most dispensible form of music recording ever invented, particularly as they deteriorate so rapidly as the oxides fall off the tape.

Apparently, according to an article in yesterday's Age Green Guide there is life in the format yet. Most interesting is that Greg Williams at Dex Audio now runs Australia's only cassette manufacturing plant (along with CD and DVD services). I remember many years ago being a bit leery of his suggestion that we should have put out a cassette, as we were so committed to the longevity of the vinyl format :).

I probably should dig out the old band demos and see if there's any life left on those cassettes for digitisation purposes - after 25 years it seems unlikely.