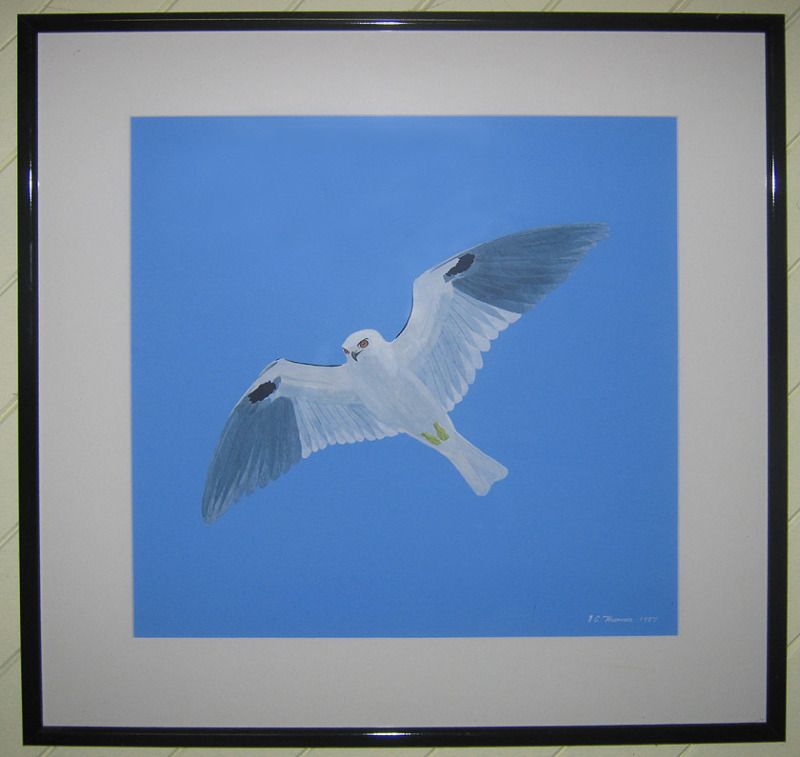 This old painting of mine was my first thought when the topic of "Sky" came up for Illustration Friday. 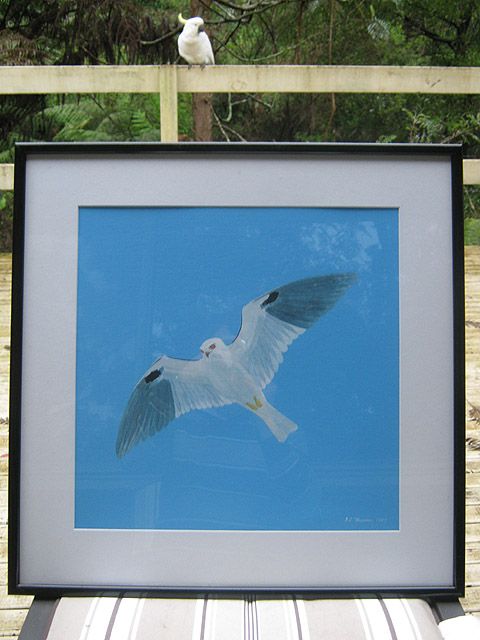 This was during my painting period, something I plan to come back to eventually. The black-shouldered kite was a familiar sight, hovering in the late afternoon sky over the backblocks of Aspendale, where we were living then. I had an absolute concept of how I wanted this to look, with the shoulder bars working as an outline against the sky. The framing was part of how I conceived it should look.

Originally, I planned to paint in clouds in a linear style, but the kite looked so good against a plain background that I left it this way. What surprised me was how brown the white paint appeared when applied to blue underpainting. The only solution was to add blue to the white paint before applying it, although I made the wings using a series of transparent washes, one feather at a time.

The main reason I don't paint more is that I don't have enough spare time during daylight, which it needs to work right. The picture here isn't very good, as it was taken with a flash (which I've left in on the frame), but here's an even worse attempt, taken outside on the deck tonight. I have no idea how to photograph my paintings, which is why you don't see many of them here.

Comments:
Very cool, the ability to paint has always impressed me. Well done :)